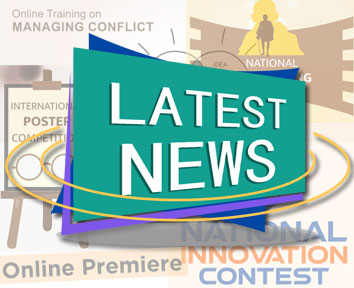 » When Bapu kicked the ball

» Why India Celebrates the Pravasi Bharatiya Divas on 9th January

» How Gandhi helped an ex-convict turn his life around New

» ‘The Mahatma on Celluloid’: Book unravels lesser known facts about films, newsreels made on Gandhi New

» Elaben's was a life lived for women, work and peace

» On Mahatma Gandhi’s birth anniversary, a book on stamps, coins of him from around the world

» Dr Saifuddin Kitchlew: The Forgotten Hero Of Jallianwala Bagh Who Fought For Unity

» The story of the Mahatma’s experiments with food

» Bapu's Right Hand: The anonymity of Mahadev Desai is unwarranted

» Khurshedben Naoroji: The singer who preached nonviolence to bandits

» A peek into Mahatma Gandhi's mailbox

» 'Gandhi In The Gallery': a visual journey of artworks inspired by Mahatma Gandhi

» Faced with today's crisis, what would Gandhi do?

» Webinar on 'Corona Virus Pandemic: Looking through the Lens of Gandhi'

» Depiction of Gandhi in films: Has it remained true to Mahatma in reality?

» For Gandhi, Secular Music Had Potential to Reach the Masses

» About 4900 Gandhi books worth Rs. 2.48 lakhs sold during week-long exhibition on the occasion of 72nd death anniversary of Mahatma Gandhi

» Two-day National Seminal on '150 Years of Celebrating The Mahatma'

» Inside Mahatma Gandhi's search for the perfect diet

» Two-day International Seminar on How Gandhi matters: Assessing the Relevance of Gandhian Solutions for India and the World in the 21st Century

» How Ruskin's 'Unto This Last' inspired Mahatma Gandhi