A Century of Non-violent Conflict 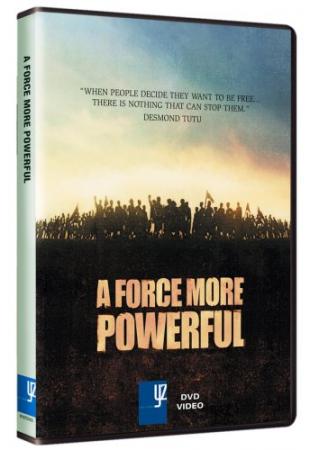 A Force More Powerful: A Century of Nonviolent Conflict (2 X 84 min) explores one of the 20th century's most important but least understood stories - how nonviolent power has overcome oppression and authoritarian rule all over the world.

Available in NTSC and PAL.

The series, made by filmmaker Steve York, tells six stories: the students sit-in movement and boycott that broke the system of segregation in Nashville, Tennessee; Gandhi's campaign against British rule in India; the consumer boycott campaigns against apartheid in South Africa; the valiant resistance of Danish citizens to Nazi invaders; Solidarity's factory occupations and strikes that won the right to free trade unions in Poland; and the people's movement that challenged and eventually defeated the dictatorship of Gen.Augusto Pinochet in Chile.