A chronicle of his last days, the conspiracy, murder, investigation, trials and the Kapur Commission 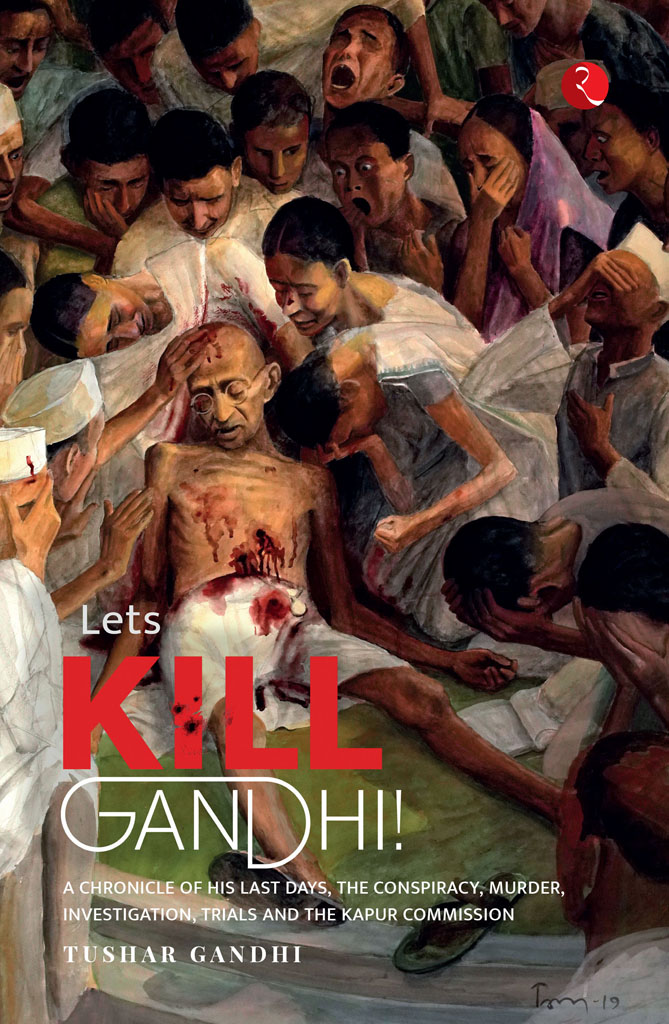 ON 30 JANUARY 1948, MAHATMA GANDHI, FATHER OF A NEWLY LIBERATED INDIAN NATION, WAS MURDERD BY A HINDU EXTREMIST

Since then, many lies have been passed off as truths; half-truths have been mixed with true incidents and passed off as whole truths. ‘Gandhi was responsible for the Partition’; ‘Gandhi favoured Muslims and abandoned Hindus’; ‘Killing Gandhi was the only way to save Hindu India’; ‘Murdering Gandhi was an act of Patriotism’; ‘Gandhi gifted ₹55 Crores (₹550 Million) to Pakistan’—these were, and even today are, some of the statements propagated by Hindu extremist organizations and worshippers of Godse, the murderer.

This book is written to put the facts straight. Written by Gandhi’s great-grandson Tushar Gandhi, Let’s Kill Gandhi! deals with facts gleaned from a lot of verbal history, from books, archival material, from the records of the murder trial and investigations, from books written by the defence lawyers and judges, from newspaper reports, the report of the J.L. Kapur Commission of Inquiry and from what Tushar grew up hearing in the family.

Never in the history of political murders has such a nexus of human errors, procedural foul-ups,and sheer apathy colluded to allow a bunch of bungling amateurs to succeed so easily. This book is a chronicle of the conspiracy that goes beyond Nathuram Godse, Gandhi’s murderer.

Tushar Gandhi (b. 1960) is a great-grandson of Kastur and Mohandas Gandhi, grandson of their 2nd son Manilal and daughter-in-law Sushila and son of Sunanda and Arun Gandhi.

In 1996, he discovered an urn containing the ashes from Gandhi’s funeral pyre, forgotten in the strong room of the State Bank of India’s, Cuttack branch. He secured permission from the Supreme Court and immersed them in the Triveni Sangam on 30 January 1997. The same year he founded the Mahatma Gandhi Foundation, of which he is currently the founder president.

Tushar is the president of Lok Seva Trust and a director of the Gandhi Research Foundation, Jalgaon.

In 2005, he commemorated the 75th anniversary of the Dandi Kooch, by organizing re-enactment of the 241-mile-long walk. He walked the entire stretch and was instrumental in getting the prime minister to declare the route from Sabarmati Ashram to Dandi, India’s only historic heritage route.

Tushar currently lives in Mumbai with his wife Sonal and children Vivan and Kasturi. Email: gandhitushar.a@gmail.com