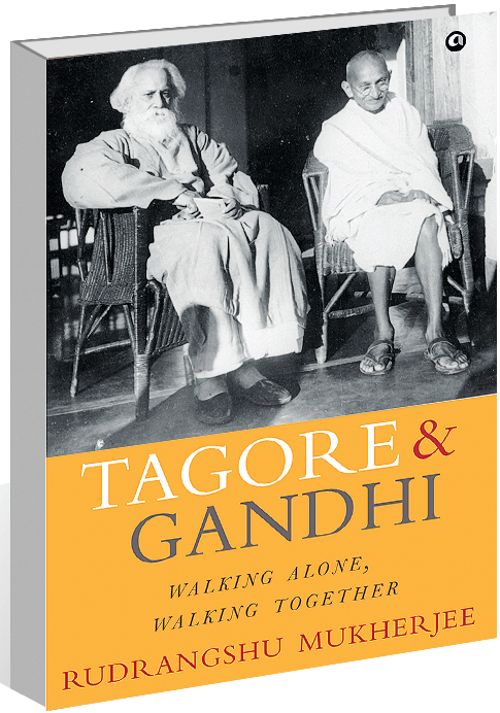 The first in-depth study of the deep bond between Mahatma Gandhi and Gurudev Tagore by one of our greatest historians. Tagore and Gandhi were both born in the 1860s and, through their very different spheres of activity, became figures of global renown and shapers of modern India. They also shared a deep personal friendship which was robust enough to bear the strain of differences on many public issues through the 1920s and ’30s. Gandhi always addressed Tagore as Gurudev which, for Gandhi, was not an empty epithet. Gandhi sought Tagore’s blessings at every critical juncture of his Indian public career. Tagore openly acknowledged Gandhi as the greatest Indian of his time.

In Tagore and Gandhi: Walking Alone, Walking Together, Rudrangshu Mukherjee explores their relationship through their differences expressed in their writings and letters to each other and also tries to understand the beliefs that acted as the bond between the two of them. They differed with each other without a hint of acrimony, and they looked towards building an India that was inclusive and free from hatred and bigotry.

Rudrangshu Mukherjee is the Chancellor and Professor of History at Ashoka University of which he was also the founding Vice Chancellor. He studied History as an undergraduate at Presidency College, Calcutta, and completed his MA in History from Jawaharlal Nehru University, Delhi. He went up as an Inlaks Scholar to St Edmund Hall, Oxford, and was awarded a DPhil in Modern History by the University of Oxford. He was Reader in the history department of Calcutta University. He has held visiting appointments at Princeton University, Manchester University, and the University of California, Santa Cruz. He was also the Editor, Editorial Pages, The Telegraph. He has written five books on the Revolt of 1857 of which the most notable is Awadh in Revolt: A Study of Popular Resistance. A sixth, A Begum and a Rani: Hazrat Mahal and Lakshmibai in the 1857 Uprising, is forthcoming in 2021. His last three books are Nehru & Bose: Parallel Lives, Twilight Falls on Liberalism, and Jawaharlal Nehru: A Short Introduction.