The Mahatma on Celluloid: A cinematic biography 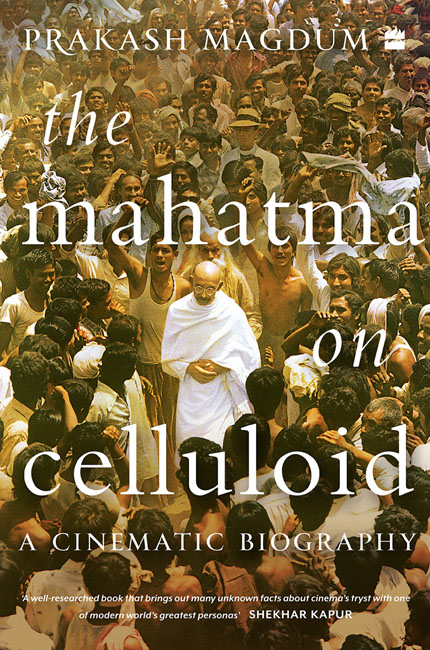 Mahatma Gandhi remains one of the most photographed and filmed persons in the world. The camera loved him, and followed him like a shadow throughout his life. Yet, despite being a public communicator par excellence, Gandhi chose not to use the then newest form of art-cinema. He was steadfast in his belief that it was a bad influence.

From A.K. Chettiar's Mahatma Gandhi: Twentieth-Century Prophet to Attenborough's Gandhi, The Mahatma on Celluloid unravels many unknown facts about the newsreels, documentaries and films made on Gandhi. Based on extensive research, the book also includes excerpts and anecdotes from interviews with filmmakers like Rajkumar Hirani, Vidhu Vinod Chopra, Naseeruddin Shah, Jahnu Barua, Feroz Abbas Khan and Girish Kasarvalli who share their insights on the Mahatma's enduring tryst with cinema.

Prakash Magdum is the director of the National Film Archives of India in Pune.