Gandhi Then and Now: 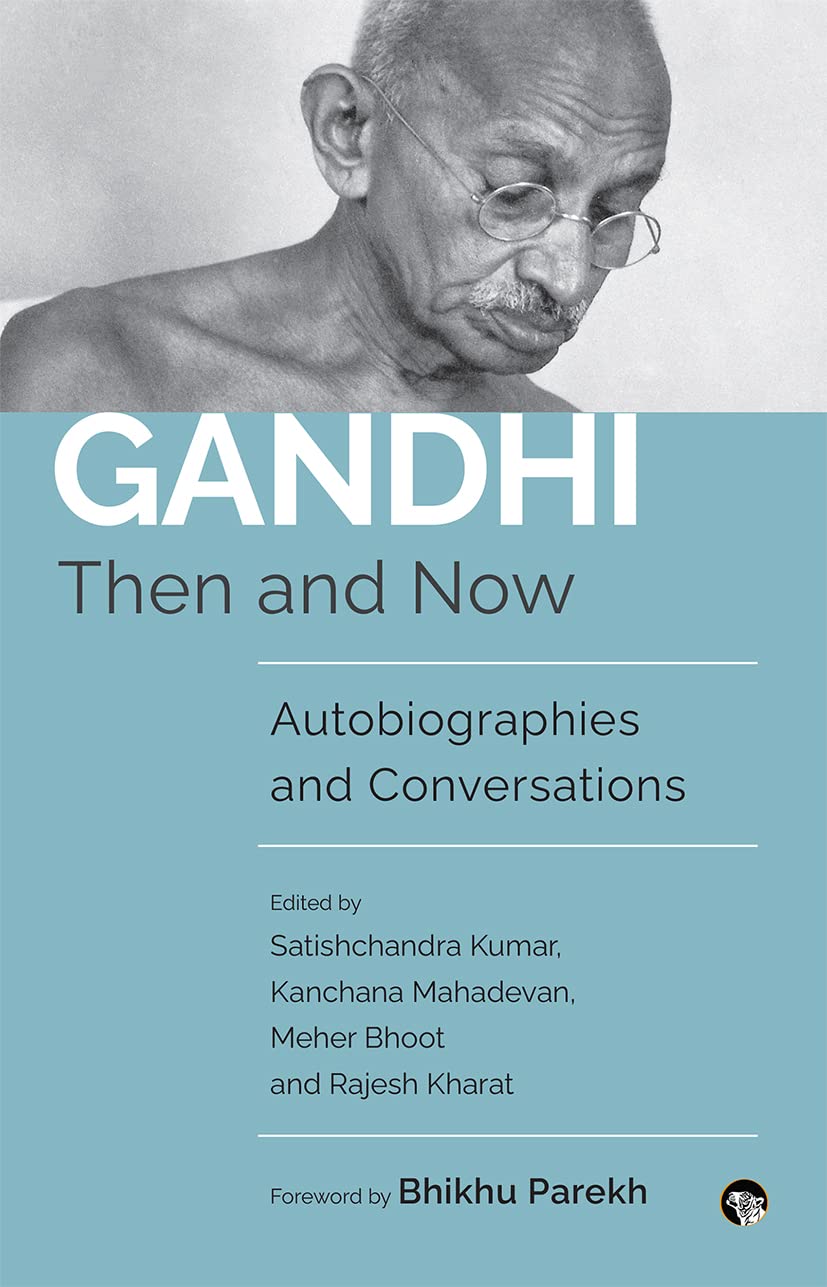 Mahatma Gandhi’s autobiography is the story of his ‘experiments with truth’. So was his life. They are both inextricably linked, and together they influenced, inspired and instructed his contemporaries, as well as thinkers, activists, social workers and reformers who came after him. The engagement with Gandhi’s ideas was not uncritical in his lifetime, nor has it been since. His immense relevance then and now is precisely because what he lived and preached, above all, was inquiry, examination and introspection as the means to transforming the self and society.

The essays in this book examine the substance, impact and continuing relevance of Gandhi’s experiments. There are essays on the influence of both Eastern and Western philosophies on Gandhi’s ideas of satyagraha, ahimsa and self-reliance; on the ways in which Gandhian philosophy has transformed women’s lives and how Gandhi animates contemporary children’s literature; on Gandhi and democracy and Gandhi and social activism; on the complex relationships between the philosophies of Gandhi and his contemporaries like Tagore, Ambedkar and Bose.

This scholarly and insightful collection, contextualized by a brilliant foreword by the noted academic and political theorist Bhikhu Parekh, is a significant contribution to Gandhian studies.

Meher Bhoot is Associate Professor and Head at the Department of German, University of Mumbai.

Satishchandra Kumar is Professor and Head of the Department of Applied Psychology, University of Mumbai. He is also the Coordinator of the Mahatma Gandhi Peace Centre.

Kanchana Mahadevan is Professor and Head of the Department of Philosophy, University of Mumbai.