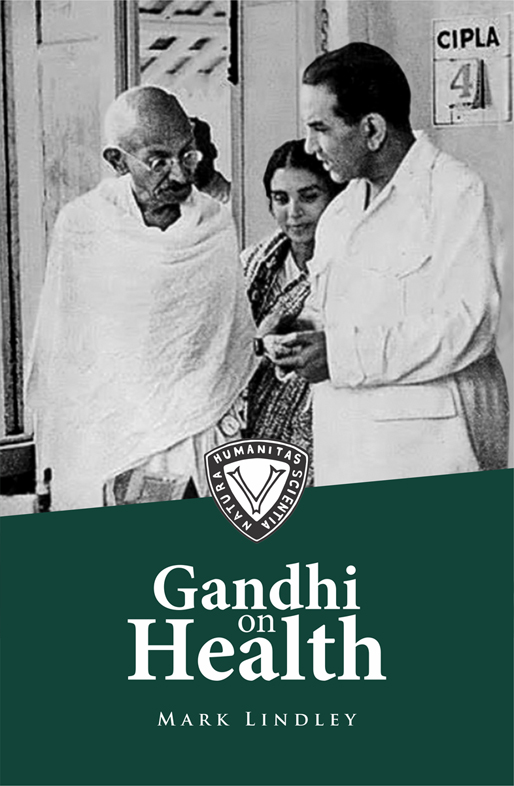 This book shows that Gandhi intended, 100 years ago, to become a professional British-trained M.D., that after abandoning that idea and criticizing Western medicine he practiced amateur healing for the rest of his life (sometimes with notable success), that he admired some Western-type doctors and would sometimes discard his own dogmas about health care, that he practiced palliative care (for Kasturba) and euthanasia(!), and that he foresaw that the right to subsidized health care could be maintained only if the people perform their corresponding duty of taking good care of themselves in terms of exercise, weight, hygiene etc.

"An authentically scholarly historical and analytical account... the result of a great deal of interaction between Prof. Lindley and medical professionals... will prove useful to health-care workers in India as well as to laymen."

"A wonderfully written book providing an accurate account of Gandhi's perspective on Health... It would add another dimension to the availbale literature on Gandhi and will be immense interest to the people from all walks of life."

Prof Mark Lindley, Professor of Eminence at the MGM University in Aurangabad, was born in Washington DC in 1937. He serves as a Research Fellow at the Gandhi Research Foundation and as a Visiting Professor at Dr. Babasaheb Ambedkar Marathwada University. He was formerly the University Chair Professor in the School of Economics at the University of Hyderabad, and has been for many years a student of the history and theory of Western classical music. He has written or co-authored more than a dozen other scholarly books, four of them about Gandhi and notable Gandhians, and more than a hundred scholarly articles.

To order copy of the book, please write to info@mkgandhi.org OR info@gandhifoundation.net.