Gandhi in the Gallery: The Art Of Disobedience 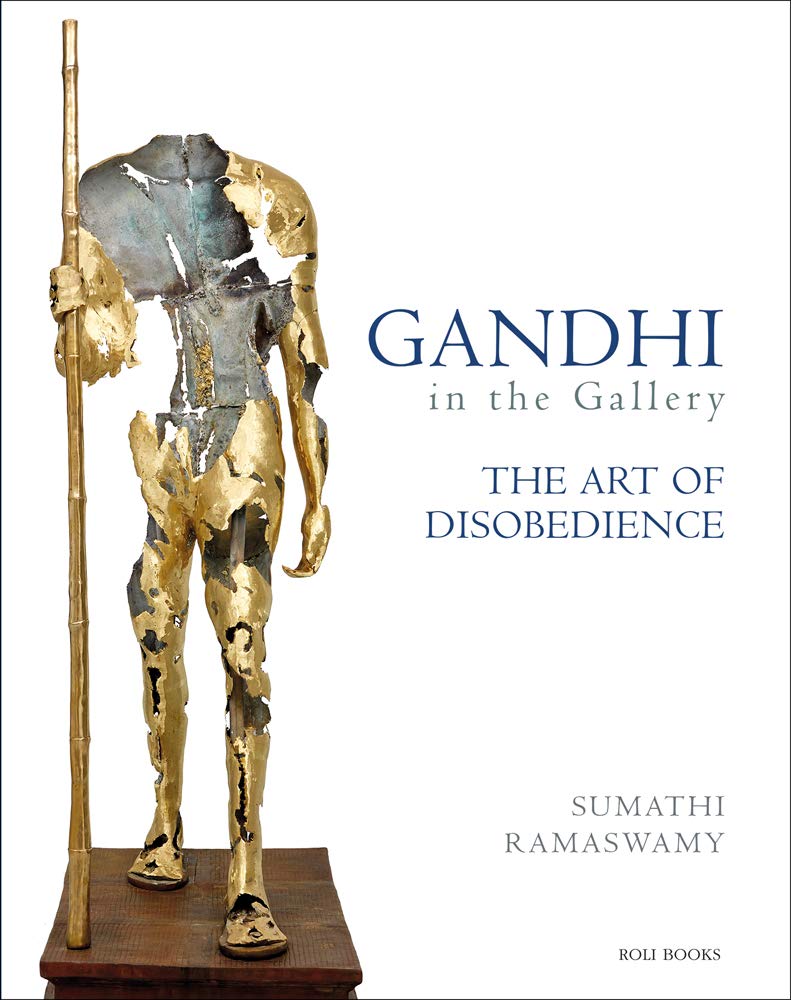 Mohandas K. Gandhi has been described as 'an artist of non-violence,' crafting as he did a set of practices of the self and politics that earned him the mantle of Mahatma, 'the great soul.' His philosophy and praxis of satyagraha, non-violent civil disobedience, has been analysed extensively. But is satyagraha also an aesthetic regime, with practices akin to a work of art? Is Gandhi, then, an artist of disobedience?

Sumathi Ramaswamy explores these questions with the help of India's modern and contemporary artists who have over the past century sought out the Mahatma as their muse and invested in him across a wide range of media from painting and sculpture to video installation and digital production. At a time when Gandhi is a hallowed but hollow presence, why have they lavished so much attention on him? A hundred and fifty years after his birth, Gandhi is hyper-visible across the Indian landscape from tea stalls and government offices to museums and galleries. This is ironical given that the Mahatma appeared to have had little time for the visual arts or for artists for that matter. Yet fascinatingly, the visual artist has emerged as Gandhi's conscience-keeper, reminding others of the meaning of the Mahatma in his own time and today. In so doing, these artists also reveal why this most disobedient of 'modern' icons has grabbed their attention, resulting in a veritable art of disobedience as a homage to one of the twentieth century's great prophets of disobedience.

Sumathi Ramaswamy is James B. Duke Professor of History and International Comparative Studies, and Chair of the Department of History, Duke University, Durham, North Carolina, USA. She has published extensively on language politics, gender studies, spatial studies and the history of cartography, visual studies and the modern history of art, and more recently, digital humanities and the history of philanthropy. Her published works include The Goddess and the Nation: Mapping Mother India and Husain's Raj: Visions of Empire and Nation; and edited volumes, Barefoot Across the Nation: Maqbool Fida Husain and the Idea of India, and Empires of Vision (co-edited). She is a co-founder of Tasveerghar: A Digital Network of South Asian Popular Visual Culture (www.tasveerghar.net). Her current work is a collaborative digital humanities project titled “No Parallel? The Fatherly Bodies of Gandhi and Mao.”.

To order the book, please click here or write to info@mkgandhi.org.