Gandhi in South Africa: A Racist or A Liberator? 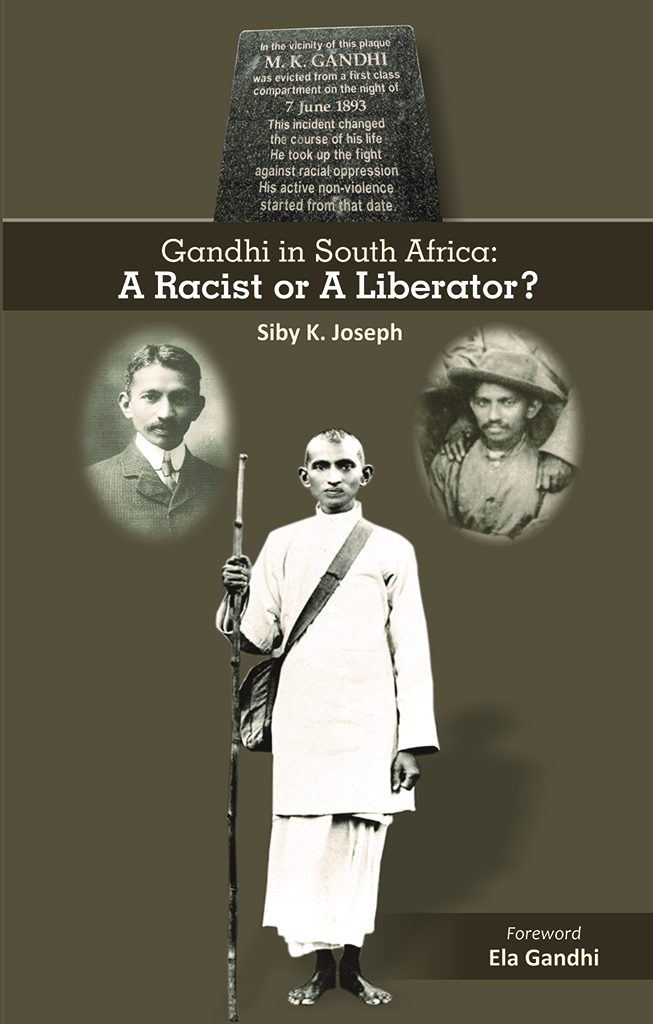 As a tribute to Kasturba and Mahatma Gandhi on the occasion of their 150th birth anniversaries, Dr. Siby K. Joseph, Dean of Studies and Research of the Institute of Gandhian Studies, Wardha, has penned a research study titled Gandhi in South Africa: A Racist or A Liberator? There have been incessant attempts to portray Gandhi as a racist and casteist in the wake of centenary celebrations of Mahatma Gandhi’s return to India from South Africa and the attempts to install of Gandhi statues in African countries. The book succinctly analyses Gandhi’s approach to race and racial discrimination and his fight for the dignity of people of Indian origin in South Africa. It examines and answers some of the criticisms raised by a section of scholars and activists who tried to create confusions about the life, thought and work of Gandhi in South Africa. The based on close examination of all the relevant documents, literature, writings including those of Gandhi and others the study concludes that Gandhi was neither a racists nor a casteist rather he turned out to be great source of inspiration for all the enslaved people of the world including those of South Africa.

It is befitting that this volume carries a foreword from Ela Gandhi, granddaughter of Mahatma Gandhi and the Founder of Gandhi Development Trust, Durban who was born at Phoenix Settlement, and held very important positions as the member of South Africa's Parliament from 1994 to 2004 and as the Chancellor of the Durban University of Technology. As Ela Gandhi writes in the foreword “Dr Joseph has painfully and carefully gathered information and presented it respectfully and without malice, in this book to illustrate that Gandhiji may have written some words which we today regard as highly insulting but were not actually uttered or written in malice.”

To order copy of the book, please write to us at info@mkgandhi.org.