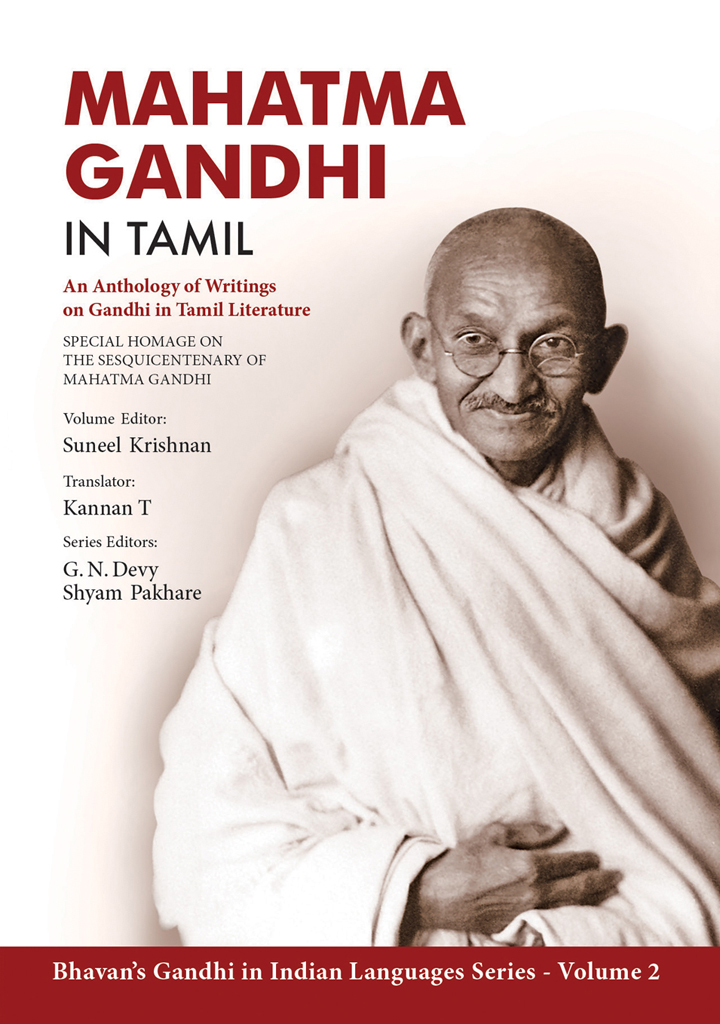 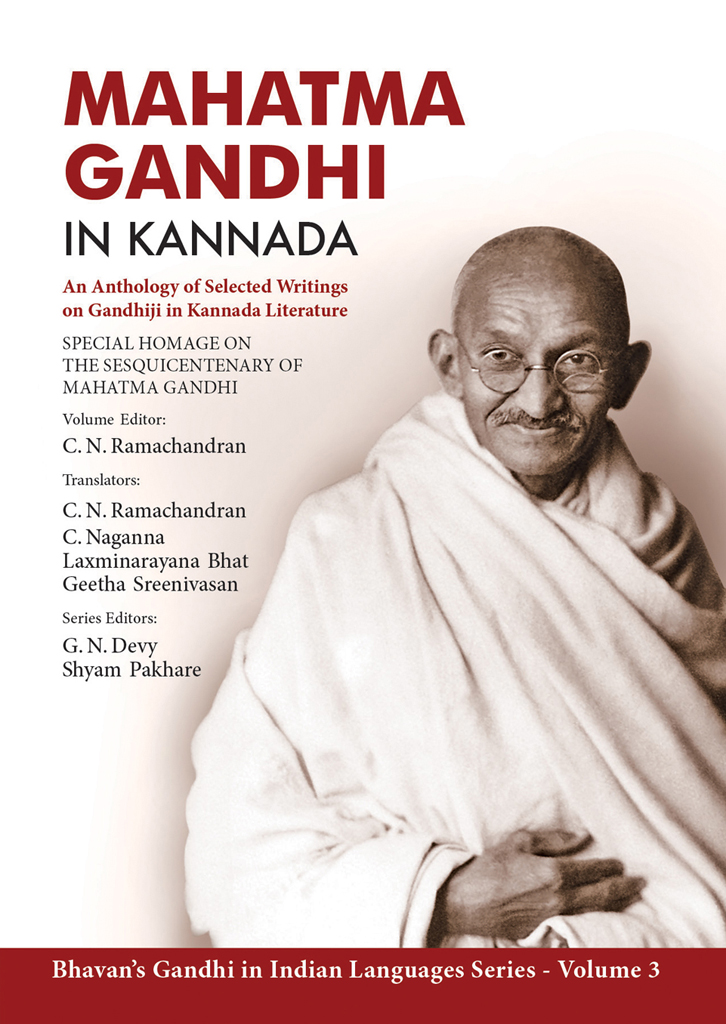 Volume 1-3 in Bangla, Tamil and Kannada 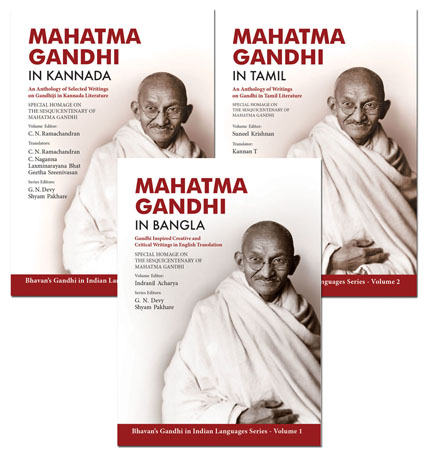 “The purpose of the present series is to give a fair sampling of how sensitive minds from different languages have viewed Gandhi and to create through the collage a perspective on how Mahatma Gandhi was received by Indian literary community over the last hundred years, from the time he entered Indian public life in the second decade of the twentieth century to the year 2019 that marked 150 years of his birth.

The aim is to offer a tribute to the Mahatma on this landmark date by weaving together a collective perspective on his life and work through the prism of creative writings in Indian languages.”

The series is launched with Bangla, Tamil and Kannada volumes. His Holiness the Dalai Lama released the three volumes at Dharamshala on 29th August, 2022.

The Gandhian scholars, academicians, students and general readers will find the series helpful in exploring the treasure of writings on Mahatma Gandhi in regional languages.

Volume 1 (Bangla) Editor Dr Indranil Acharya is Professor and former Head of the Department of English, Vidyasagar University, West Bengal. Dr. Acharya is the Editor of Janajati Darpan, the only international multilingual publication series from Bengal on Indigenous Studies. He has presented his research papers in Bridgewater Conference, Virginia, USA, Lancaster University, UK and other national and international conferences. He had also been a Visiting Professor to the Department of English, University of Delhi.

Volume 2 (Tamil) Editor Suneel Krishnan is an Ayurvedic Doctor living in Karaikudi. His website (www.gandhitodaytamil.com), is a collection of original essays, book reviews, and translations on Gandhi, Gandhism and Gandhians. He was awarded the Sahitya Academy’s Yuva Puraskar for 2018 for his book of short stories in Tamil, ‘Bed of Arrows’. The collection of his essays on Gandhi has been published in Tamil as ‘Bulbul’.

About The Series Editors:

G N Devy, is the former Professor of English at the M. S. University of Baroda, writes in three languages – Gujarati, Marathi and English – and has published books in Literary Criticism, Anthropology, Linguistics, Philosophy, Education. He founded the Bhasha Research Centre at Baroda and the Adivasi academy at Tejgadh, Gujarat. He led the People’s Linguistic Survey of India resulting in a comprehensive survey of over 700 languages and 50 volume series published by Orient Blackswan. Devy is an activist deeply involved in causes related to justice for Adivasis and Denotified and Nomadic Communities. He was honoured with Padmashri in 2014 and has received several national and international awards for his work with marginalised communities.